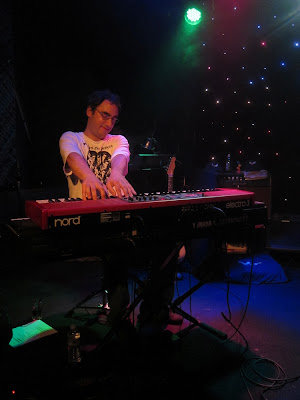 Whose Love Orchestra?
If you don't already, alls you need to know is that Jon Bevo's Love Orchestra is the codename for God Street Wine, when God Street Wine plays "stealth", in venues they've long since outgrown. There were however, some slight lineup changes this time around. Tomo is not on this Continent, so the awesome Dave Diamond (Pozzy Ghuru, too many more to name, etc.), filled in on drums. Dan Pifer was unexpectedly called off to decapitate Scotsmen in the European Highlands or something, so Tom "The Old TP" Pirozzi (Ominous Seapods, The Lo Faber Band) studied super hard and took over slappity slappin' the bass duties for the night (fortunately, he is already Mad Skilled on at least a handful of tunes, from playing with the Lo Faber Band). Jason Crosby is always a bonus, and he would be sitting in on keys & fiddle, adding his special brand of zazz to the entire evening.

People were really psyched for this, but it seemed none so much as Guitarist Lo Faber himself, who has been daylighting as a PhD student/Professor at Princeton University, and in the days before the gig, lit up the band's facebook page, calling for requests & counting down the hours until "the Big Bevo Lovin'". Sure, I had been excited before, but Lo absolutely bursting with excitement was what really got me the most fucking excited-- cuz that dude's excitement is worth getting excited over. Truth be told, I was also very excited to have the exact appropriate & special occasion to wear my purple pants. So, that was pretty exciting too.

After a delicious dinner with even yummier company, Jason Crosby opened the evening of music with a short set of his artful, delicate, moody, ethereal zazz. The following day he would be flying to Ireland to play a couple of gigs with the legendary Van Morrison. You know, whatevs.

CS Gray Band then jacked it up and rocked it out. Singer/Guitarist Chris Gray drove a full set of hearty Rock 'n' Roll with touches of Zeppelin, Petty, Springsteen, and Wilco-esque Sensibilities. Not to mention Mr. Jon Bevo, himself, wailing on keys-- which doesn't hurt. (NOTE: Dan Pifer is also in CS Gray Band, but due to aforementioned Highlander Journey, they got Brian Posehn's older & more mysterious brother to take over on Bass.) 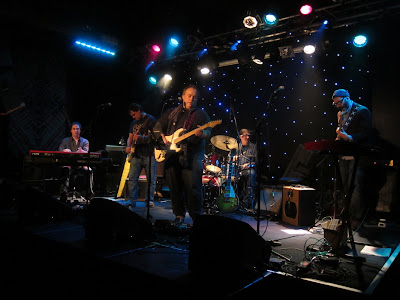 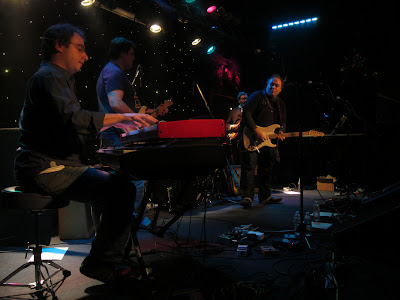 Then came the Lovin'. The girlies began to scream and Jon Bevo's Love Orchestra kicked that shit off right, by instantly warming the room with Get On the Train. As a total fucking GSW Nerd, I do question the pick of Souvenir in the 2 spot. It's a slow ballad and I wasn't really feelin' it (that is about as critical as this review is going to get). Shit, the rest was just as awesome as any Wino could want. Bring Back the News was super sweet. Goodnight Gretchen featured the Old TP just laying that phat fucking bass IN YOUR FACE. That's why the slogan of his breakfast cereal is The Old TP O's: BELIEVE THE BASS!^ Driving West was great, but I couldn't hear Bevo at all, and the bouncy keys are an integral part of that song, so not hearing them made me angry. So so angry in fact, that I issued an official complaint to the authorities. "Dude, it's JON BEVO'S Love Orchestra!!! Where the fuck is the Bevo???" (It got a little better towards the end of the set, but wasn't completely resolved til Set II). Imogene was fun. Upside Down & Inside Out was, as always, beautifully haunting and romantic. It also featured a lovely Lizzy Loves on backup vocals. They didn't do the "hoo's", if you were wondering (you were). A super charged and delightful Stone House closed out the Set. Goddamn that song is fun! 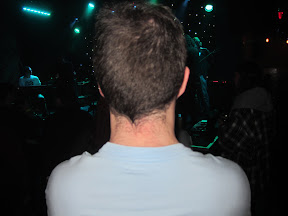 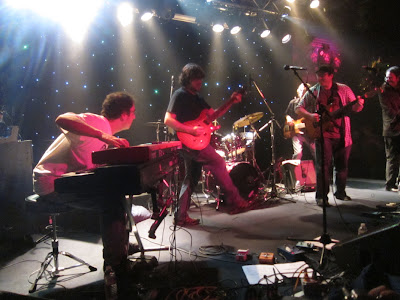 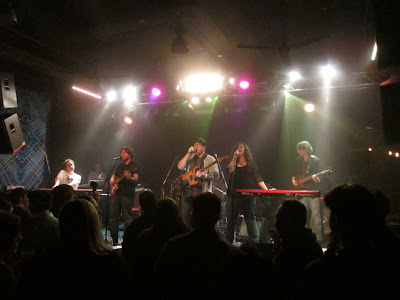 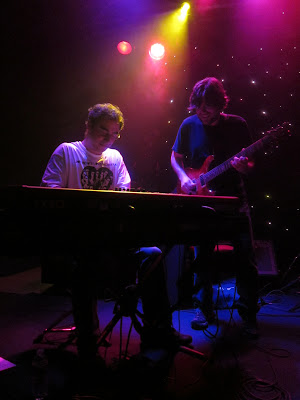 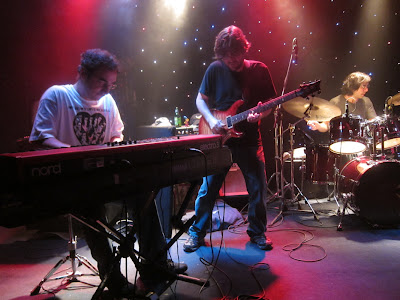 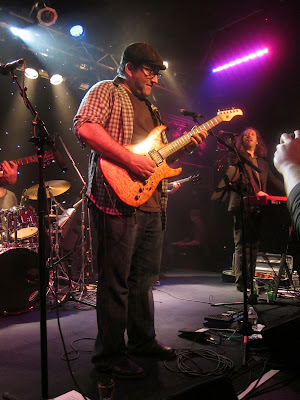 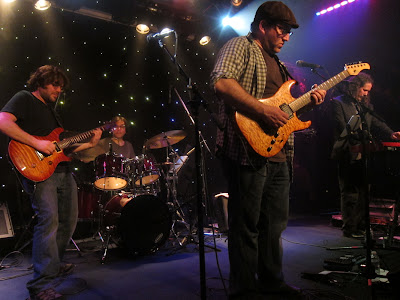 Set II. I left booze on stage for the musicians. Musicians love booze. It's a fact. I just knew they needed to keep up whatever buzz was responsible for the happiness they'd just smothered the room in, like so much cheese on a steak burrito. She Comes Up Softly- I never was a fan, but patience is a virtue. 6:15 was the fucking BOMB. It's one of my favorites, and if I can get personal for a brief moment-- that song has helped pull me through some tough times. Love and strength, bottled in a song. I claimed some familiar real estate near Lo and commenced rocking the fuck out. Then Epiphany, another favorite, with it's one-of-the-most-beautiful-hooks-ever, sweetly filling my ears. I never get tired of hearing it. Tide was also sweet and warm, with Todd Pasternack (Guitar) and Angela Ford Pasternack (backup vocals) of the Lo Faber Band hopping onstage for a quick cameo. Hollow Frog typically features Bevo reading from a collection of Haikus, but on this occasion it starred Spoken Word Artist, Frank Messina, "the Mets Poet", reading from his book, Full Count, about a Psychobitch. Of course she'd be a Mets fan. Just sayin'… Henrietta was fucking spectacular. Hammer & a Spike is another one of my favorites, so-- fuck yeah! High energy and lots of love to give! Epilog was like a hug. Hellfire was twisted, dark, and warped. Everything it should be (and included another Old TP Throw Down). The Nightingale Encore was spirited and tied a proper bow on the whole evening. 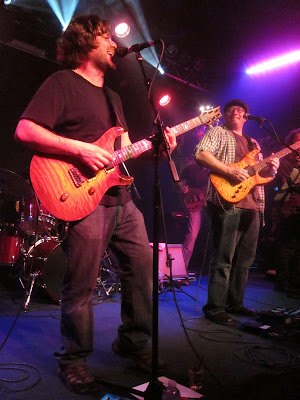 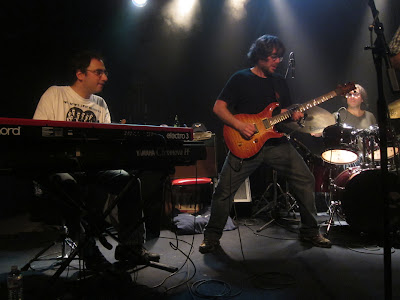 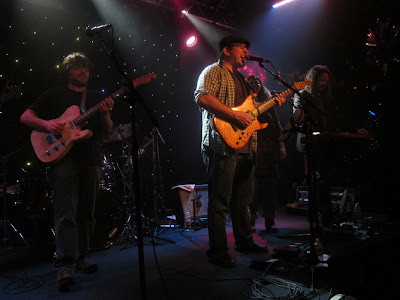 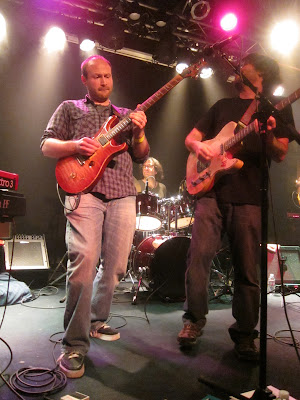 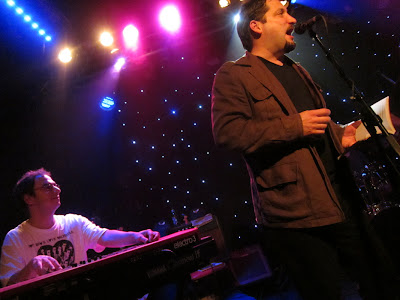 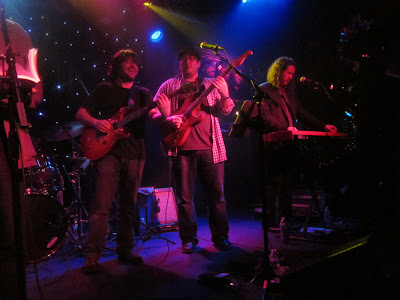 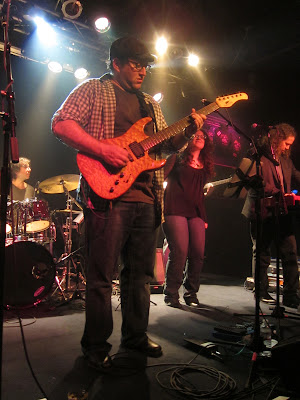 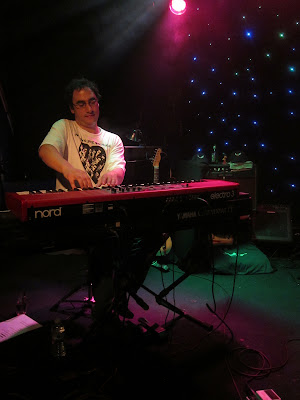 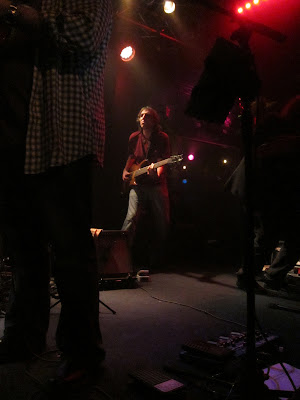 They raged. Dueling guitars, slanty keys, and that electricity still pulsing through their veins. Lo, Aaron, & Bevo conjured up The GSW Magic. It lives. It was all there. I SAW IT. Jason Crosby is always a delightful addition. Dave Diamond and The Old TP each brought to the table their own styles, and that chemistry sparked a heavier groove that was woven into the night. Delicious. They were all so happy up there and it reflected right back onto the crowd. It's definitely worth noting how absolutely pumped Lo was to be playing electric and with a full band. I mean, they were all psyched-- but dude was fucking psyched.

This Jon Bevo's Love Orchestra show felt a whole hell of a lot like a sweet God Street Wine show, because that's what it was. Fucking fantastic! It was awesome and I can't wait to see them do it again. When Dan comes back, TP can be a backup Hula Dancer or some shit. That's fine too. 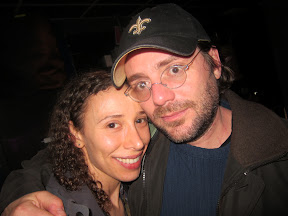 ^ Free lock of hair inside! (WARNING: LOCK OF HAIR IS NEITHER BOUND TOGETHER OR SHRINK-WRAPPED)
Posted by lynn at 11:19 PM 1 comment: